One of the great things about working at Microsoft is the enormous flexibility afforded to individuals to move from project-to-project, team-to-team, and to explore new areas of growth and challenge. It’s been an amazing ride for me, a progression from starting on the test team of ASP.NET to moving over to the Silverlight 1.1 Alpha, then on to so much more with the Silverlight Toolkit, many Silverlight runtime versions, the Windows Phone 7.0 and 7.1 SDKs, and so many things since then that most people probably don’t even know about. As employees we really do work on so many sides of the products it would amaze you– we put a lot of passion into the products, and I’m proud to have been able to do some amazing things for the community out there.

On that note, I’ve decided that for 2012, I would like to move to the Windows Azure team to focus on the open source story for Microsoft’s cloud. At Microsoft we’re becoming more and more involved in exciting new success stories and tech such as Node.js - along the way we’ve even started using GitHub to accept community open source contributions and make these things better. There’s a great opportunity here and I want to be there to be a part of it all.

This blog will continue to service all the things I find interesting – Windows Phone, XAML, C#, design tips, control development, you name it. 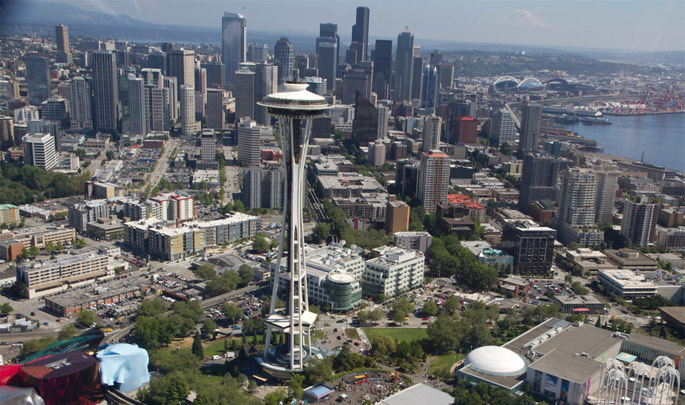 If you didn’t know it, the entire backend of my popular phone app, 4th & Mayor, is powered by Node.js in the cloud (yup, pure JavaScript, with a mix of MongoDB). It’s just amazing how productive, fun, and exciting the tech is to work in. Supporting over 60,000 users of my app in the cloud has been a fun challenge, and I’ve been learning so much.

This is a journey back to some of the original service and client roots that I joined originally at Microsoft (joining ASP.NET in 2005; I was a PHP and Linux dev in college). I’m moving to work with the likes of Scott Hanselman and Glenn Block, and have a stellar team of developers working with me on this project.  They’ve already been doing great work – you can see a lot of it taking shape on GitHub at https://github.com/windowsazure/. You’ll find my personal/phone projects on GitHub here and my Azure work account here, if you’re in to following pull requests and forks.

I wanted to share the e-mail that I sent many of my friends and co-workers last week:

Hi,
I’ve accepted a role on the open source side of the Windows Azure application platform team in the land of ScottGu. The opportunity is great, and many of you know that I’ve been hacking in the cloud a while. After a lot of client development, I’m excited to see what happens when we put all these things together.

I’m proud to have worked with the smartest and most driven teams at Microsoft: together many of us have built out the Windows Phone developer platform complete with dev guidance, apps, controls, pivots & panoramas & progress bars. We’ve done the Olympics together and helped devs around the world rock their bits. We’ve shipped Silverlight starting with 1.1 Alpha, 13 Silverlight Toolkit releases, a unit test framework, and more!

I plan to stay active in the Windows Phone developer community. The new phone work I have seen so far is really spectacular, I’m sorry that I won’t be there when you cross the finish line – but I’ll be in line to buy one.

Windows Phone is really taking off, everyone loves their Nokias -  I must say that I love my Windows Phone – I own a Lumia 800 that I imported into the US at personal expense, and it’s the best phone I have ever owned. It’s also fun to see that the platform is being adopted by users of all sorts – just today Matt Hasselbeck became my 4,000th follower on Twitter, and he regularly uses both 4th & Mayor (my Foursquare app for the phone) as well as Rowi (an excellent Twitter app for the phone). I was hoping for a geek follower, but I’ll take an NFL quarterback, too!

Thank you to the amazing community. I am not going anywhere! We’ve built an amazing platform and it’s going to get better – I’ve really enjoyed traveling the world, interacting with students at hackathons, attending fun developer conferences, and seeing the Windows Phone Marketplace fill up with amazing apps. 2012 is going to be the year of Windows Phone for sure and I’m not abandoning it. I think the spot where mobile meets the cloud will continue to get more and more interesting and hope to have you all along for that exciting ride.

One of the joys of my last year has been offering 4th & Mayor free to the Windows Phone world. It was a blast to build. On top of learning so much about our very own phone platform on the team, it’s taught me a lot about shipping a product that’s used hundreds of thousands of times a day.

As I have previously tweeted in various capacities, my 3-pronged hope for 2012-2013 is:

Hope it’s appreciated. Thanks for reading this far.